Easter Sunday. A day when many might be stuck indoors eating chocolate eggs… Believe me, I could’ve easily done the same, if only I hadn’t celebrated a birthday the day before and following an absolute downpour of a Bad Friday.

Weather-wise, this had promised to be the only reasonable chance of walking over the four-day weekend. To keep it close to home wasn’t appealing and so, I embarked on the eighty-minute drive east across Somerset to arrive at Cranborne Chase.

This is an Area of Outstanding Natural Beauty (AONB) that I first visited in July 2017 as part of a camping weekend with Brunel Walking Group. At the time, I’d never even heard of Cranborne Chase but I did end up leading a walk (this walk) on the final day. If you’d like to see the route I created in OS Maps, please follow the link below:

Most of my journey that morning was spent following the B3081 road from Shepton Mallet. I wanted to use the same car park, just south of Melbury Abbas and Spread Eagle Hill. I arrived before 10am and the last spaces had been filled, meaning I’d have to park in the ‘layby’ section; minutes before other cars would arrive and claim all remaining space. 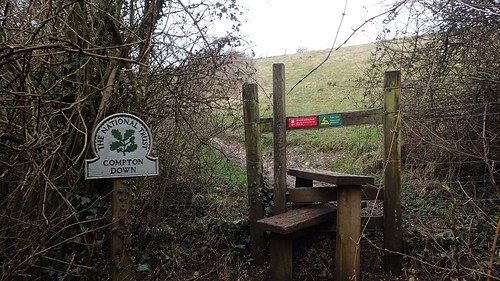 My previous walk followed the byway down towards Compton Abbas village, before climbing up to the beacon. On this occasion, I felt more confident in crossing the stile I had passed once before and maintaining height along the Open Access Land of Compton Down. 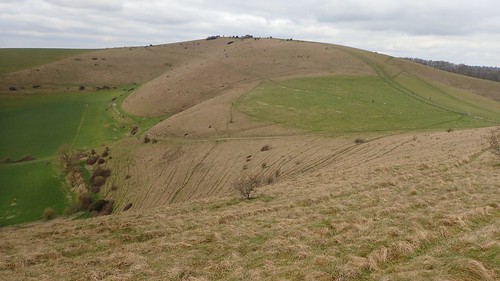 This did reserve some of my physical exertion. Above, you can see the steep path we climbed last year to reach this same point. 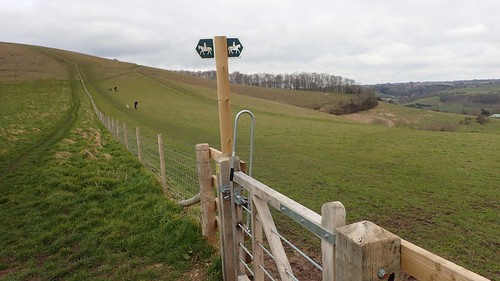 At the junction with a bridleway, you can approach the summit from either side of this fence. I crossed through and began following the fence; noticing a dog walker with a walking pole identical to my own pair, on the way up. 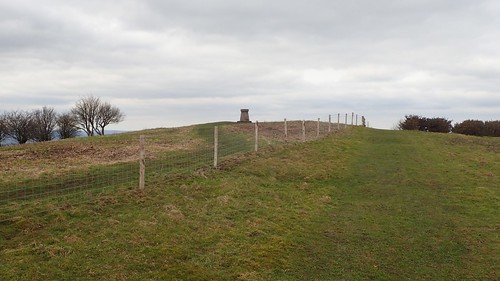 This is Melbury Hill – also known as Melbury Beacon. At 263m above sea level, it is neither the highest in point in Dorset or even Cranborne Chase. But the approach from the east is, in my opinion, almost as strenuous as some sections of the South West Coast Path… There was one incline where I felt as though my calf muscles were going to burst! 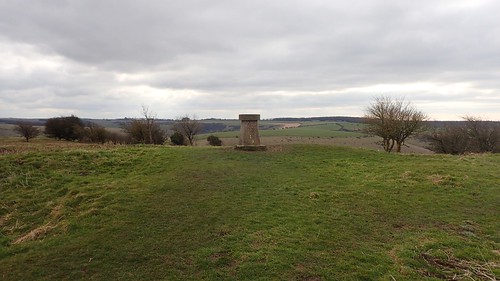 I’d been walking for less than an hour but this felt like a good opportunity to stop and refuel with some tea. I was wondering whether the walkers I’d overtaken had given up, as they were nowhere to be seen in all of the ten minutes for which I had this high point to myself. 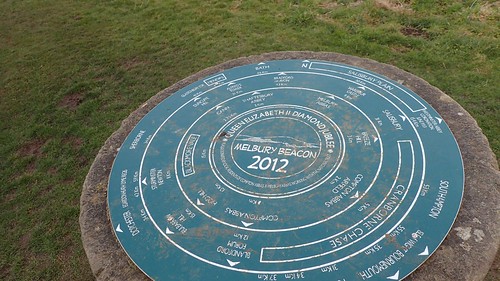 I’m still a little bit disappointed that someone decided to plonk this round slab on top of an historic trig pillar. My preference would’ve been for a separate toposcope altogether but, I guess it helps to keep the costs down. 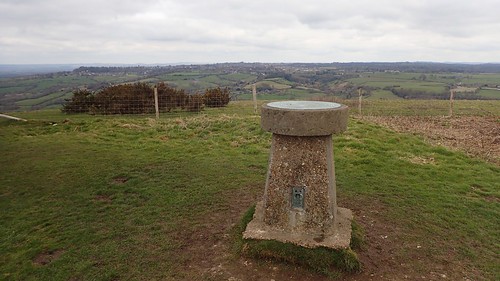 Shaftesbury, the ‘Saxon town on the hill’, can be seen to the north of Melbury Beacon. 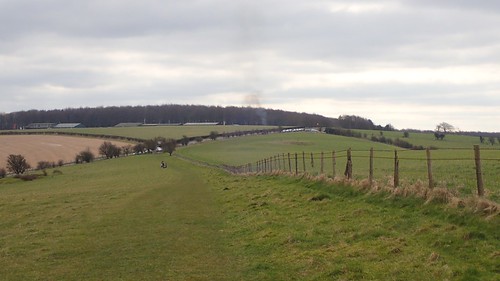 Soon enough, it was time to return to walking at a less-elevated level. Ahead in the photo above, you can just make out the airfield I was now heading for. 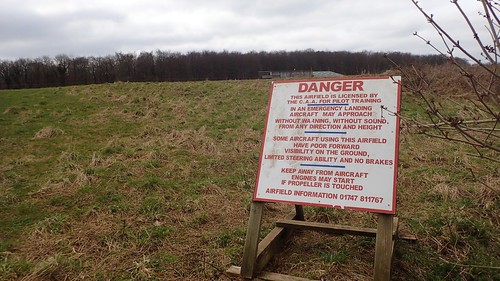 This was the scene of an incident in 2017, from which this walk has commonly been referred to as The Biplane Walk.

Compton Abbas Airfield is still in use today, unlike many similar spaces in Wiltshire and other parts of the UK. Back in July, we had numerous ‘wing walkers’ flying over our heads. On my Easter return visit, there was silence in the sky. 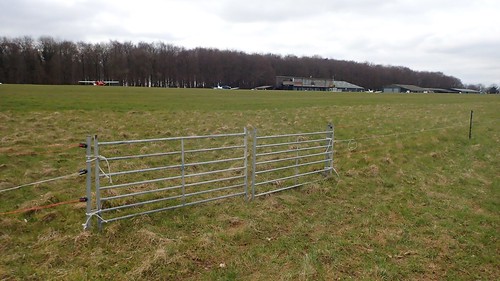 A public right of way crosses this working airfield. It has more recently been gated, since my last visit… When the majority of my twelve-strong party began to panic and ran across the airfield to the far side. 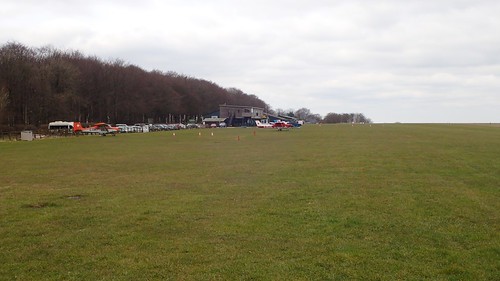 As a walk leader, I was quite embarrassed to have ‘lost control’ of the group in front of an immediate audience. There was no danger, as our minority of four continued to cross the way. I was relieved that nobody shouted at us. 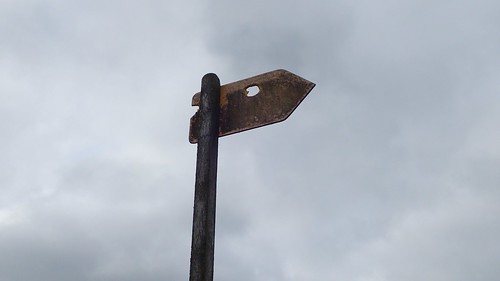 But on this day, I really had nothing to worry about! 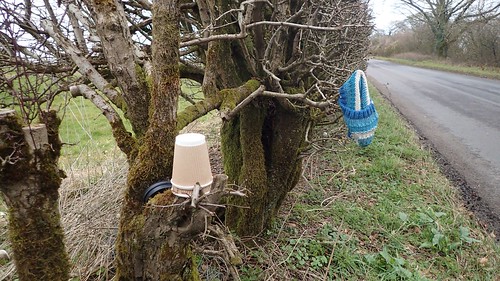 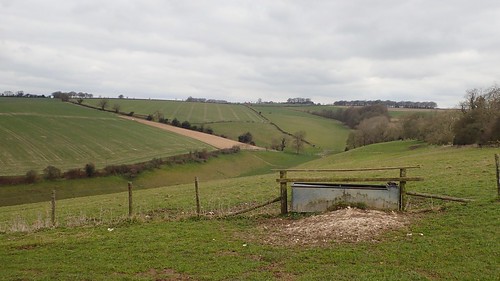 I reached the roadside without incident. I crossed to follow a bridleway down to the Shepherds Bottom Plantation. From there, I could climb steeply to the next road, on the edge of Ashmore. 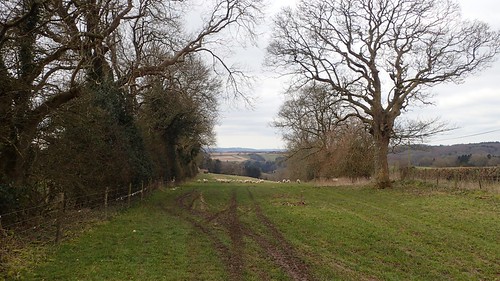 On my previous walk, I’d decided to lead the group south-westward along this road for a good kilometre to reach Washers Pit. For some reason, I thought it would be less physically demanding that the route across fields that I would chance upon my return. 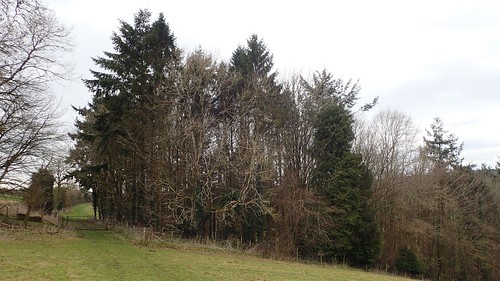 It goes without saying that the field-path route was more pleasant and I had nothing more than a flurry of panicked sheep to contend with. 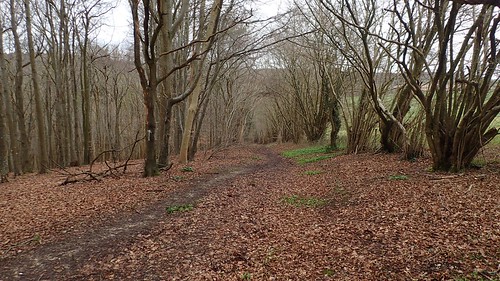 Beyond the second field, I would reach Washers Pit Coppice, from which I would head immediately north and down to cross the road.

If you were to take an alternative path to the south for two miles, it looks as though you would join the Wessex Ridgeway; an extension of the National Trail (The Ridgeway) that I hope to walk this year. 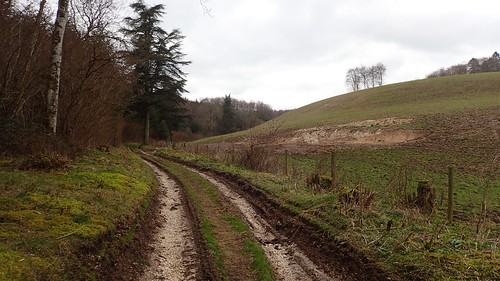 I followed the track north in to Fontmell Wood and close to where we stopped for an awkward lunch break, with minimal shelter from the sun, many flies and little room to sit down comfortably. Sometimes you can only picture so much with your imagination, using an OS map. 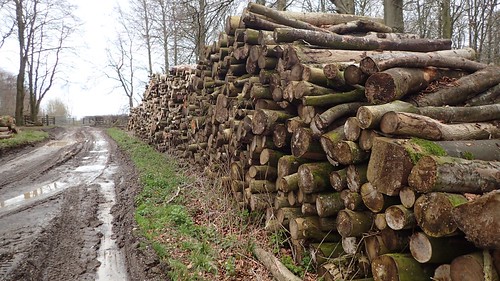 This time, I turned left at the first available junction and climbed up to follow the Cross Dyke over the same road I’d crossed earlier in the day. 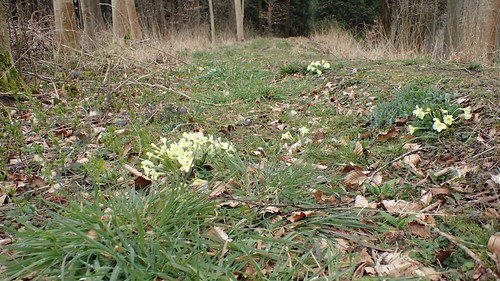 Signs of spring were evident, as I followed the next path towards Fontmell Down Nature Reserve. 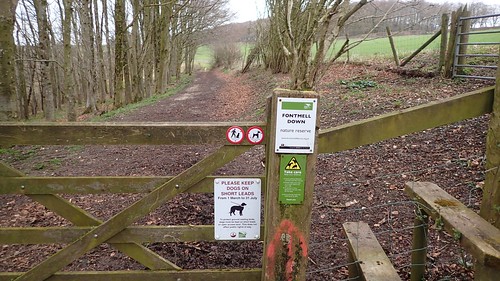 Over the stile and I turned right to heard northwards along the next path. Through the gate (or over the stile) and I’d enter Fontmell Down; a great area of Open Access Land. 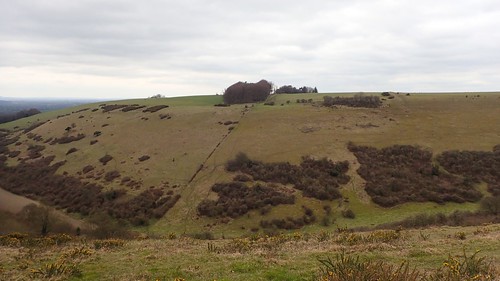 According to my map, there are no public rights of way from here and so, it’s one of those situations where you need to have faith in finding and following the paths on the ground. Read the landscape, looking for contours, changes in gradient and always keep a physical destination in mind. 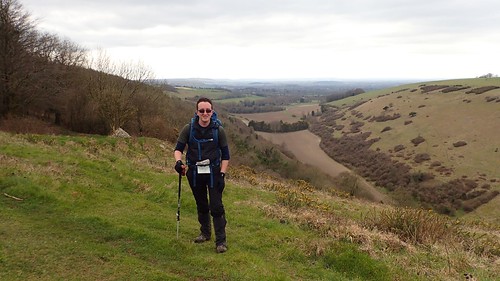 I would stop for lunch here, after numerous attempts to take a selfie, overlooking Longcombe Bottom. I could see ant-sized walkers along the northern stretches of the down but they wouldn’t bother me for my half hour. 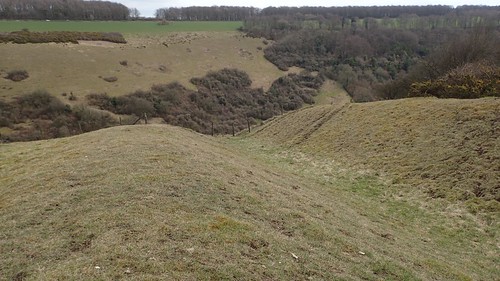 There’s a point at which my elevated route soon crosses the Cross Dyke I mentioned earlier. It looks as though this earthworks once ran up and over Melbury Hill to the north, while I’m uncertain of its south-eastward destination. 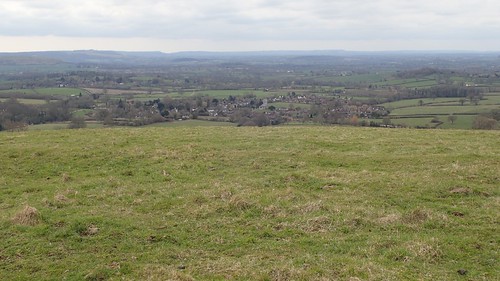 From Fontmell Down, I was technically walking along the western edge of Cranborne Chase, with Fontmell Magna and many miles of flat land ahead. Melbury Beacon only just escapes the confines of this AONB. 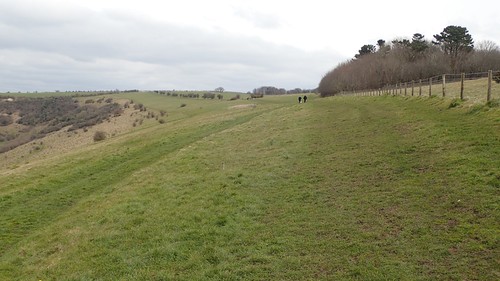 Cranborne Chase or not; I found this walk to be as enjoyable as my first outing here. Many views to admire from a lesser-known downland. I’d intended to come back here over Christmas but, it didn’t happen. I’m pleased to now be able to say that I have revisited my walk. 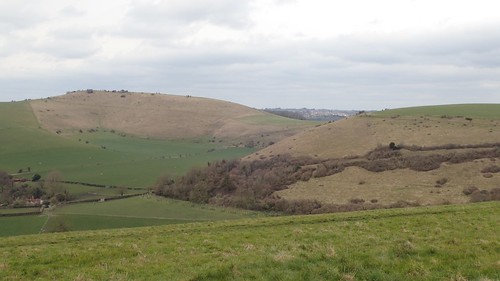 3 thoughts on “Returning to Cranborne Chase”