A walk beginning at Castle Combe in Wiltshire and led by Bristol-based Brunel Walking Group.

It had been about a year since my previous walk beginning at Castle Combe. Which also happened to be a walk led by Matt B. from Brunel Walking Group.

This isn’t a part of Wiltshire I visit very often, although I’ve completed several solo walks within the locality. Given the opportunity for the ‘annual’ return and to walk with others, I decided to get involved and attend. 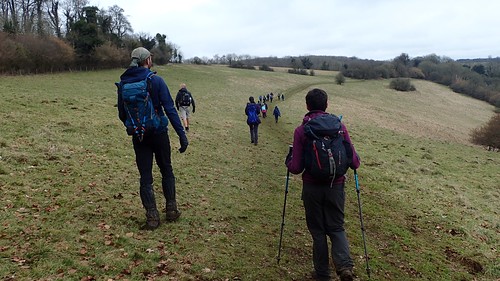 I also volunteered to talk on the responsibility of ‘Back Marker’, as we were quite a large group; comprising of a mix of both age ranges. My responsibility was basically to keep and eye on the tail-end of the crowd and not leave anyone behind. Matt also handed me a laminated copy of his route, which was useful to follow. 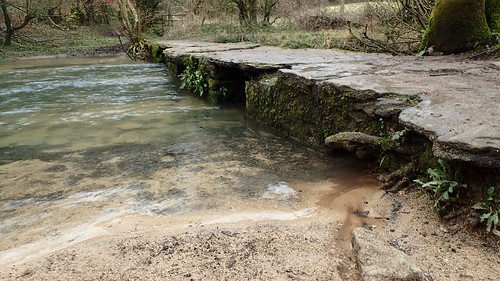 From the free car park north of the village, we began making our way west towards West Kington. There’s a clapper bridge right outside Castle Combe. I’m surprised it isn’t highlighted on the OS map. 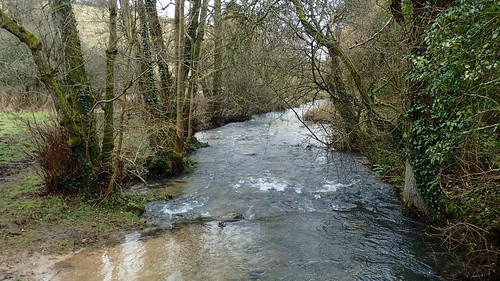 Our route would initially follow Broadmead Brook. I doubt it bears any relevance to Bristol’s shopping district but it has more to say for itself than many rivers around the westcountry. 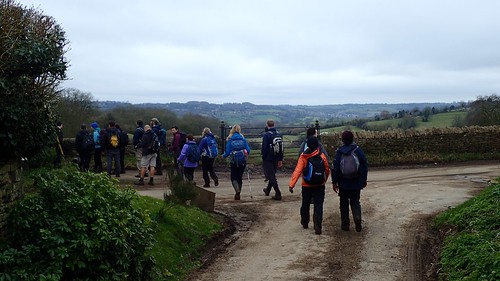 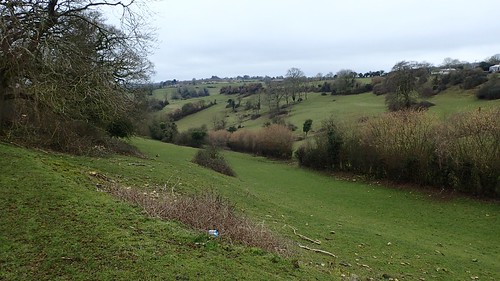 Turning south, we would make our way towards North Wraxall, where some of the day’s finest views began to open up. 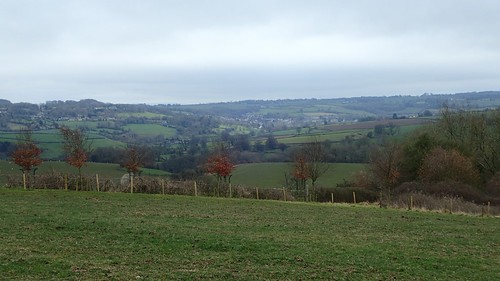 I’m going to guess and say that’s Colerne. It could also be Marshfield. I really can’t remember the exact route or where we would’ve been at this point (but I didn’t leave a single soul behind, either). 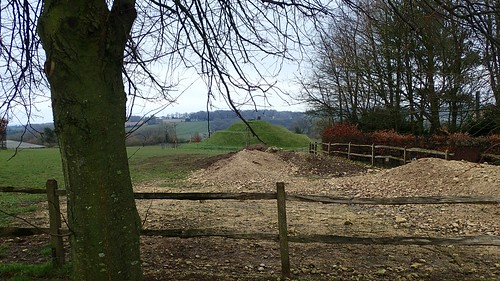 We were en route to the village of Slaughterford, when I recognise a man-made landmark, in the form of this hill on the edge of Colerne, which is probably covering a small reservoir… Not that I can pinpoint it on the map, either!

My previous walks in this area, starting from Box and Ford, have led me along the road past this very farm. 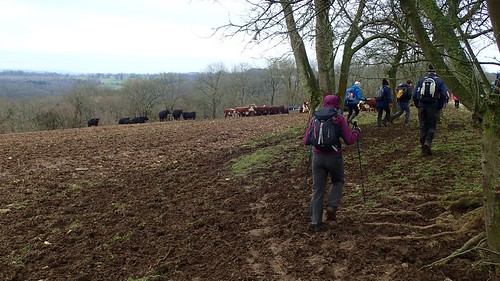 We’d then continue along another familiar route, following the path down the side of one field, littering with “hundreds” of reasonably-sized cows. 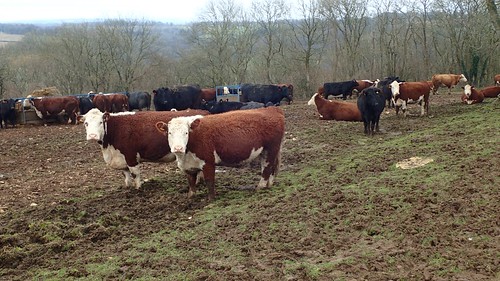 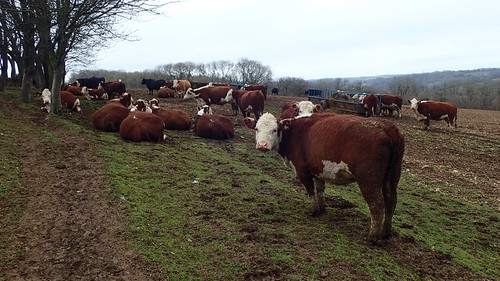 They left us alone. 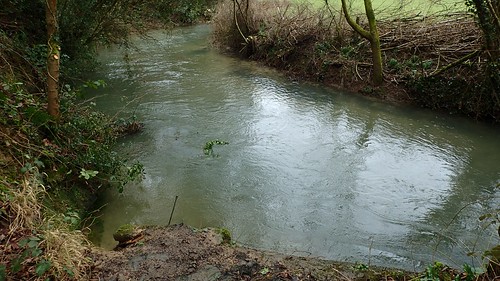 We then descended to a familiar water crossing – somewhere towards the southern end of Colerne Park, is my best guess. 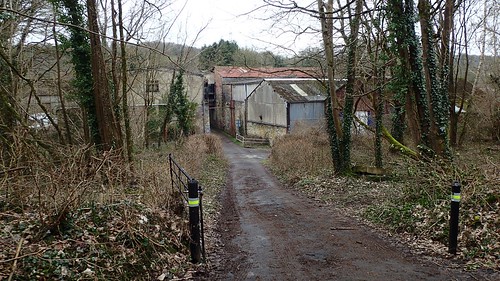 I was enjoying this small familiarities, as we continued north and in to Slaughterford. 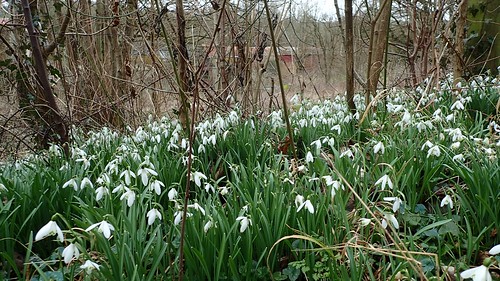 This was one of the first occasions where we’d see snowdrops in 2018. I know they typically arrive in February and, without knowing the facts, they also seem to disappear as quickly as the bluebells in summer. 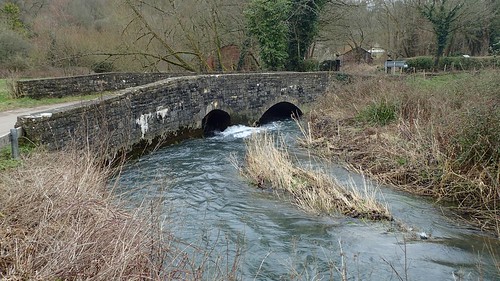 Bridge over the brook in Slaughterford. 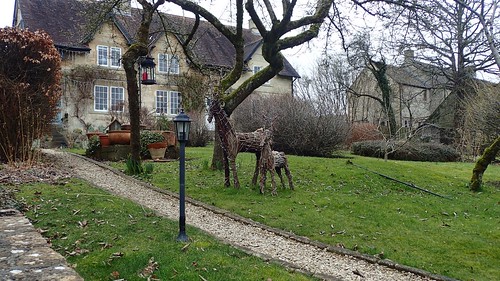 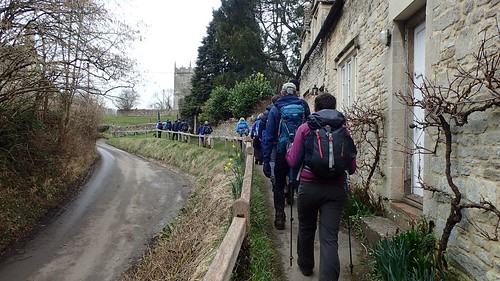 We continued along the MacMillan Way and soon to pass the local church. 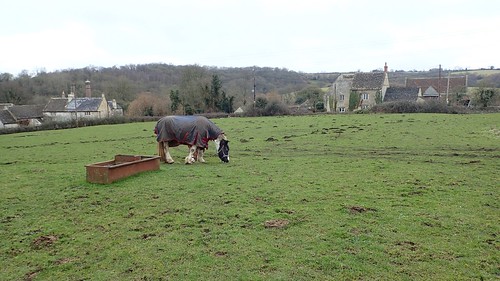 Look closely, because there are actually two horses, in the photo above. 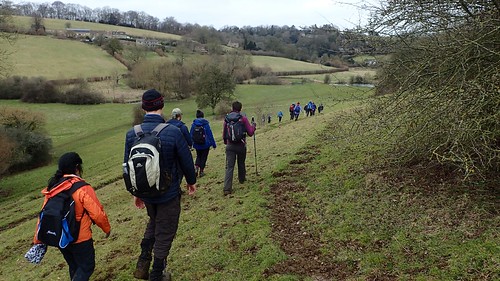 Then, we’d wind our way around the western edge of Common Hill, destined for the weir and footbridge. 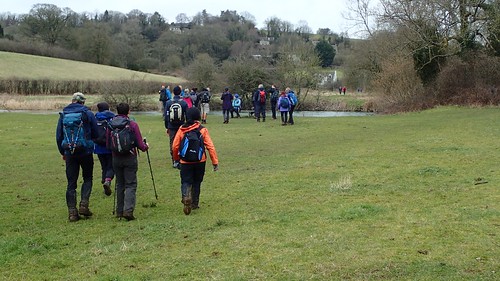 This was what we refer to as a ‘Joint Walk’, where members from both age groups are welcome. I’m part of the ’20s & 30s’ crowd, while we also have a ‘Plus’ group, for people in their forties and fifties. 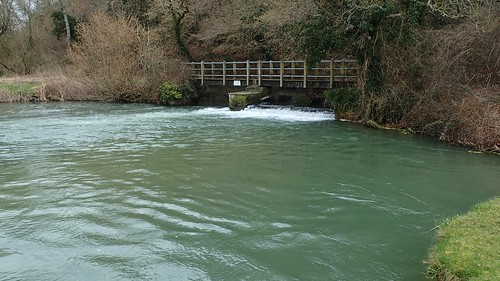 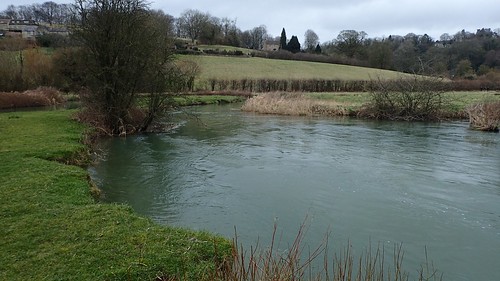 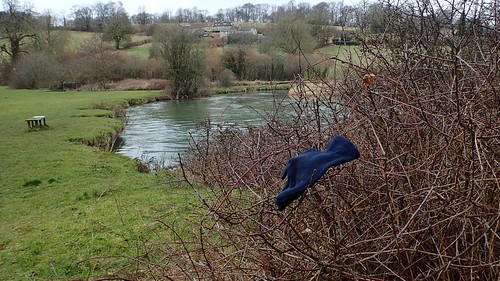 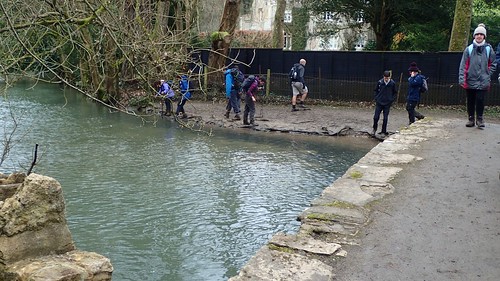 We’d cross back over the A420 before following the By Brook on our return to Castle Combe. Just outside of the village, a number of members (the majority, perhaps) stopped to remove as much mud as possible from our dirty boots.

Castle Combe and its surroundings are lovely at any time of year. Make no mistake though: the village is never busy and both pubs almost always full. Or, almost-full.

Distance of this walk: 12 miles